These miniaturised ‘avatars’ of bone, engineered with multiple types of human cells, are placed in simulated microgravity to capture early bone remodelling events under reduced mechanical loading. This organotypic model provides a testing platform which allows the study of bone loss in vitro.

Bone is an organ that is extremely dynamic and adaptive to its environment, continuously remodelling in response to mechanical demands. This is a type of plasticity shaped by gravity, which has evolutionarily driven changes in all amphibious, terrestrial and volant organisms. As such, when these kinetics are altered, as seen during ageing, pathology, immobilisation or injury and more rapidly, with exposure to microgravity during spaceflight, masses of mineral are lost, leading to a reduction in trabecular bone density. This gradual loss manifests clinically as osteopenia and osteoporosis, increasing the risk of fractures and impairing healing.

Spaceflight studies over the past decades were central for understanding the mechanical role in this process, when severe losses of bone tissue were observed at a higher rate in astronauts compared to osteoporotic patients. Data progressively emerged which demonstrated that that while bone formation slows down, bone resorption significantly increases with reduced loading. This was subsequently verified in animal models, where hindlimb immobilisation methods in rodents led to similar rapid increases in bone resorption. Therefore, microgravity and analogue platforms became a promising tool to study the effects of disuse on cells and the mechanism shared amongst the clinical contexts.

There are additional animal models available to induce bone loss in vivo, however involving multiple detrimental procedures such as surgical resection or hormonal interventions, which interfere with the bone formation pathways. In addition, due to many anatomical and physiological differences, the results observed are not always translatable. Alternatively, human models, such as prolonged bed-rest studies, are very useful as analogues, however, as with other similar studies, the thresholds in experimental design have to be minimised to prevent long-term damage. Therefore, within this research area, the need for complementary models to human studies and animal models is heavily necessary to understand the human bone cell responses to unloading, which would be essential for understanding both the spaceflight scenario as well as the terrestrial pathological contexts of bone loss. In particular, the early cellular events are essential to capture in a model, as early responses, such as the initial mobilisation of bone resorptive cells to weight-bearing sites takes place in a short time frame (hours to days).

In this context, we developed a human bone organoid prototype that would allow the study of bone events at the cell-tissue interface and could be applied to study the response to a reduced mechanical environment, therefore allowing the study of temporal events in bone remodelling that may not be accessible using other in vitro and in vivo technologies.

To generate a bone organoid model, this work used micro-trabecular bone particles (500 - 1000 microns) derived from the head of femoral bones, a site both adapted to withstand the body weight and prone to degeneration. These xenogeneic particles are used in human maxillofacial reconstruction due to their relevant anatomy and are therefore applied to damaged sites to restore function. In this case, each individual micro-trabecula formed the basis of a miniaturised bone multicellular unit which was seeded individually with human primary bone cells, both osteoblastic (bone forming and precursors to the mature bone cells) and osteoclastic (of a monocytic lineage, involved in bone resorption). To allow for more personalised conditions, both types of cells were sourced from female donors.

These cells were able to colonise the micro-trabeculae, differentiate and perform their relevant functions. Owing to their small size, the constructs could subsequently be inserted into a NASA/Synthecon rotating bioreactor, where they experience a state of orbital buoyancy, simulating disuse. This is because the culture medium inside the perfused reactor vessels has a laminar flow, moving as a solid mass and creating minimal shear stress on the organoids as they are falling vertically.

Using this model, bone resorption could be monitored in static and simulated microgravity conditions, with resorption sites of different morphologies being observed at the surface of the micro-trabeculae between the groups. Constructs were further encapsulated into human fibrin domes to simulate a physiological matrix (a blood clot) and were observed to act as organotypic units, with large tubular structures forming from the initial construct into the surrounding matrix and in many cases carrying mineral fragments along these tubules. New matrix formation and mineral deposits could be observed by analysing constructs on a density basis (with micro-computed tomography), and elemental basis using micro x-ray fluorescence, with distinct cellular structures and matrix encoded by different elements. In some constructs, nucleation sites were observed in regions far away from the main structure.

This work is important as an organoid model of bone is not fully existent, with developmental stages revolving around a spheroid morphology. This is because of the technical difficulty in development compared to softer tissues, as the formation of bone constructs requires the careful orchestration by progenitor cells of soft matrix deposition followed by a significant inorganic phase, which has to develop the correct physical alignment at the molecular level as well as a biologically-active mineral phase. The earliest version dates back to the year 2000 (Kale and colleagues, Nature Biotechnology), when bone-cell-formed spheroids developed micro-crystalline mineral particles termed spicules; while in 2019 spheroids formed with periosteal osteoprogenitors were reported to recapitulate stages of endochondral bone formation (Nilsson Hall and colleagues, Advanced Science). We have ourselves developed a periosteal cell self-organising organotypic model in 2017 (Iordachescu et al., Advanced Biosystems) which recapitulated the bone deposition process and matured for periods beyond one year of culture, replicating many stages of tissue and apatite mineral formation; however, at the macroscopic scale. In contrast, this work focused on a micron scale, mature rather than a developmental phenotype model, comprised within an osseous conformation, which was important to understand bone resorption and formation, coordinated by mature osteoblastic, -cytic and -clastic phenotypes.

These results bring the field closer to developing a microphysiological system of bone by providing a simplistic, yet biochemically sufficient remodelling unit, where mature human phenotypes can be tuned and observed in detail. This design allows cells to behave in more native ways and to generate micro-tissues in vitro that could complement, or replace some of the animal models that currently exist for bone loss research. The morphometric features of these constructs make them compatible with a wide range of platforms that can simulate tissue-tissue interfaces and dynamic conditions, including organs-on-chips and thus, could have a major role to play in the preclinical drug development pipeline. 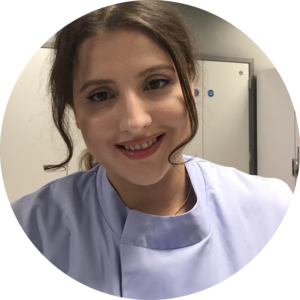