In the pursuit of scientific discovery astronauts subject their bodies to the extreme conditions of outer space. Throughout their mission, they are exposed to the various physiological effects of microgravity including loss of muscle mass and bone mineral density, cardiovascular and neurovestibular changes, as well as fluid redistribution from intravascular to upper-body interstitial spaces. In addition, the altered light-dark rhythm, and absence of skeletal loading and unloading disrupts the circadian cycle of physical activity. Many of these effects are observable such as facial edema from fluid redistribution, and disorientation and decreased coordination due to impacts on the neurovestibular system. Less obvious to the astronauts are changes occurring to their blood. Space anemia was first observed in astronauts from Gemini missions and has been confirmed and characterized from over five decades in space. The explanation for space anemia however has remained elusive.

As we prepare to travel to new planets, understanding and characterizing space anemia is critical to developing effective countermeasures for astronauts. Anemia, as well as other microgravity induced changes to the body are often studied using a 6° head-down-tilt (HDT) bed rest model. This model simulates the skeletal offloading and fluid redistribution associated with microgravity. Interestingly, an abundance of data demonstrates an association between bed rest and anemia meaning that the pathophysiology and subsequent countermeasures for space anemia may have significant applications on bedridden patient populations here on Earth.

There are two main mechanisms by which anemia can occur: a decrease in the production of red blood cells (erythropoiesis), or an increase in hemolysis. Our research sought to determine which mechanism is responsible in a HDT bed rest model by quantifying markers of both hemolysis and erythropoiesis. Measuring hemolysis is challenging as most traditional clinical markers are indirect and can be influence by confounding processes or stressors in the body. In our study we used carbon monoxide (CO) elimination as the primary marker for hemolysis. CO is produced in the body almost exclusively by heme degradation and can be measured precisely from alveolar air samples. The methods developed in our laboratory  are  designed for sampling in extreme environments including the International Space Station (ISS).

The results of our study provided the first direct confirmation of increased hemolysis in a HDT bed rest model. CO elimination increased on average 23% and, along with other by-products of heme degradation remained elevated throughout bed rest. Sustained hemolysis can contribute to anemia; at the end of the bed rest period, the participants had a mean 10% decrease in total hemoglobin mass and many participants were clinically anemic. Markers for hemolysis returned to baseline at re-ambulation.

The applications of this research go beyond space medicine and may be directly applicable to patients on Earth with reduced mobility and the elderly. These populations spend increased time in bed or in wheelchairs and suffer from a high prevalence of chronic anemia of unexplained etiology. Depending on the culprit of this anemia of immobility (low EPO, bone marrow unloading, circadian cycle, etc...) various approaches can be used to prevent and treat the increased hemolysis. This, as well as using CO elimination as a diagnostic clinical tool for various hematological conditions constitute promising areas of future research. 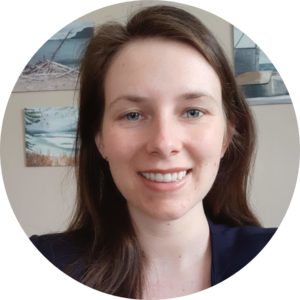