Our recent paper demonstrates the possibility to combine two technical solutions to maximize the performances of two-phase cooling systems. The implications on Space exploration are significant: Space cooling systems will manage more power in very reduced size. Written by Alekos I. Garivalis

The challenges of heat transfer in Space

One of the numerous technical challenges in Space exploration and life is thermal management. Space vehicles have to maintain the internal temperature within a tolerable range for humans and equipment, compensating the heat transferred towards and from the outside environment. Moreover, electronic instruments represent an important internal heat source. Temperature of chips and processors must stay below a certain temperature to work properly and avoid failure. Nowadays, the systems used are forced single phase loops. However, the increasing demand of on-board power implies technical requirements that such systems can hardly meet.

What is a two-phase cooling system?

Two-phase systems represent a solution as their heat transfer coefficients are the highest available. For cooling applications, we use boiling (forced in a loop, namely flow boiling, or in a simple bath, namely pool boiling). As during the boiling process the liquid is converted to vapor, part of the heat is transferred as latent heat. In addition, the motions produced naturally by the two phases create a forced convection that transfers another great part of the energy (named sensible heat). In weightlessness, bubbles barely move as gravity lacks. Bubble dynamics and motions are much different in Space compared to Earth, and the boiling performances are reduced. The great importance of research in microgravity conditions arises from the need to characterize and understand a significantly different boiling regime.

Boiling is a great way to transfer heat, but it has an intrinsic upper limit: a boiling crisis occurs if the transferred power per unit area exceeds a so-called Critical Heat Flux. Bubbles are continuously produced near the hot wall (i.e. the component to be cooled), and to sustain the process new fresh liquid must replace the vaporized one, since bubbles are carried away by buoyancy forces. As the power increases, vapor production rises to such an extent that new liquid is not able to reach the wall. In these conditions, being the power fixed, the temperature of the wall increases abruptly, with catastrophic consequences. Unsurprisingly, this limit is quite lowered in microgravity, where the buoyancy force (responsible for bubble removal) is lacking. It is extremely important to quantify the Critical Heat Flux - in order to reliably design - and to develop techniques able to maximize such limit.

Currently, the research world is giving great attention to micro-engineered surfaces, which with their wetting properties aid the fresh liquid to replace the vaporized one. On ground, such surfaces have shown great potential to enhance boiling performances. Another promising option is the use of an electrostatic field, that is able to create gravity-mimicking forces. We hypothesize that the simultaneous and synergistic use of two techniques can significantly enhance the Critical Heat Flux  in microgravity conditions. In the paper, the results of experiments performed during Parabolic Flight show the great effectiveness of the use of these combined techniques. Their synergistic effect was able to enhance the Critical Heat Flux up to 144%. In the same conditions, micro-engineered surfaces alone enhanced up to 80% and electric field alone up to 30%. In other words, next generation two-phases systems will possibly transfer up to 2.5 times the power that nowadays they are able to do, or transfer the same power in less than half of the size. 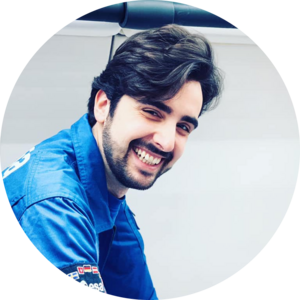