Why Microgravity Research in Life Science is Important?
Houston, we need a scientist! As we venture further away from Earth for prolonged periods of time, we must consider our physiological ability to adapt and operate within extreme and often hostile environments. Space, the near vacuum between celestial bodies, presents many challenges for sustaining life. The major health hazards of spaceflight include high levels of radiation, altered gravity fields, long periods of isolation and confinement as well as the mental stress associated with being a long way distant from Mother Earth. In particular, the absence of gravity force (also referred as microgravity) is primary concern as it has been shown to be detrimental on several physiological levels. Afterall, on Earth, the consistent gravity vector has been influencing evolution, growth and differentiation of all lifeforms and after millions of years the human body has fully adapted to the endogenous terrestrial conditions. Increasing number of experimental evidence, from research done directly in space on the International Space Station (ISS) or in simulated condition here on Earth, demonstrate that microgravity is perceived as a “stress” by the human body, inducing significant physiological changes, such as cardiovascular and cerebrovascular deconditioning, muscle atrophy, reductions in bone density, impaired vision, and a compromised immune system. It is interesting to note that all these physiological dysfunctionalities appear to mirror and accelerate aging and diseases processes experienced on Earth. However, the mechanisms by which human physiology is disrupted in space remain unknown. A deeper understanding on the mechanism underlaying physiological adaptation in space has the potential not only to support extended habitation and colonization in non-standard gravity condition but it will also help clarifying mechanisms driving relevant disease. In this study we introduced a new approach towards cancer research under microgravity and demonstrate the development of new space biology tools to support advancements in this exciting and emerging research in space mechanobiology.

What is Space Mechanobiology?
Space mechanobiology is an emerging area of research that seek to understand how mechanical forces are perceived and transduced at the molecular level to induce activation and inhibition of biochemical signalling pathways that ultimately determine physiological and pathological cellular behaviours. The excitement and rapid interest in the field of mechanobiology arise from the identification of different mechanosensors as well as the corresponding signalling pathways, which have help to unveil a deeper understanding on cellular function and dysfunction in many aspects, including cancer biology, bone biology, respiratory system and cardiac function. Although gravity has been considered as an extremely low force when compared with other physical forces governing molecular interactions, it has been shown that microgravity can modify a wide range of cellular functions including cell adhesion, shape, and viability. However, the molecular entry point for the mechanical adaptation to microgravity is still not well understood, with experimental evidence pointing to transmembrane proteins as first messengers for the transcription and translation of secondary proteins having a central role in force generation and sustainment.

We Need More Space Tools!
New discoveries arising from space biology research can be brought into the world providing solutions for healthcare and therapies to improve the quality of life on our precious and unique planet. Currently the options available for researchers to conduct microgravity experiments is either directly on the ISS or with ground-based simulators. While the process of conducting research missions on the ISS is still costly and time consuming, there have been significant advancements towards simulated microgravity technologies dedicated to biological research. On of the most widely used is the random positioning machines (RPM), which works by continually providing random changes in orientation relative to the gravity vector to reach 10-3 G and let the cells experience the hostile environment of space while on Earth. Nevertheless, data collected from different research groups show discrepancies and different behaviours from same cells under simulated microgravity condition. This can be due to different experimental setup that see the cells cultured in non-physiological condition, such as using conventional culture dishes and flasks. Thus, to further advance microgravity research and facilitate experiments in a laboratory setting, new economically accessible technologies and reliable tools are needed to provide alternatives for researchers. With the advancement of microfluidics and bioprinting technologies we are now able to recapitulate controlled physiological mechanical environment within miniaturized, compact and closed biological platforms. Our study introduces and highlights the application of 3D printed technology in cell biology research under simulated microgravity condition, as a simple and easy-to-use strategy. The features of our Microgravity-on-a-chip (MOC) and its ability to conduct basic and advanced molecular biology assays were demonstrated by unveiling insights into the mechanobiological response of healthy and cancerous cells under microgravity, setting the foundation for a good comparison.

How Microgravity Research Can Advance Cancer Research?
Over the years many strategies have been developed towards cancer treatment but as a highly mechanosensitive disease, cancer has continued to elude us. Many basic cancer functions are highly dependent on mechanotransduction mechanisms and as such, the question being asked now is how cancer responds under microgravity and if microgravity can be exploited for therapeutic purpose. Examining cancers without the presence of the persistent gravitational force can provide scientists the ability to unlock mechanobiological processes driving different malignant tumour mechanisms. This can lead to the development of new cellular signaling and adaptation pathways, thus opening new perspectives for the formulation of next generation molecular therapies. This concept introduces the field of space mechanobiology in translational medicine, marking a new era in cancer biology research and treatment. Different studies have already demonstrated the suppressive effect of microgravity on the viability and growth of cancer cells, such as breast, melanoma and brain cancers. In this study we focused on the aggressive glioblastoma and the role of the blood brain barrier in tumor progression. In particular, we aimed at identifying new molecular targets that are responsible for cell graviperception and that can accelerate the development of new targeted drug delivery strategies to stop the progression of this deadly disease. To learn more about the project we invite you to read the complete article “Testing 3D printed biological platform for advancing simulated microgravity and space mechanobiology research”, which can be found here: https://www.nature.com/articles/s41526-022-00207-6 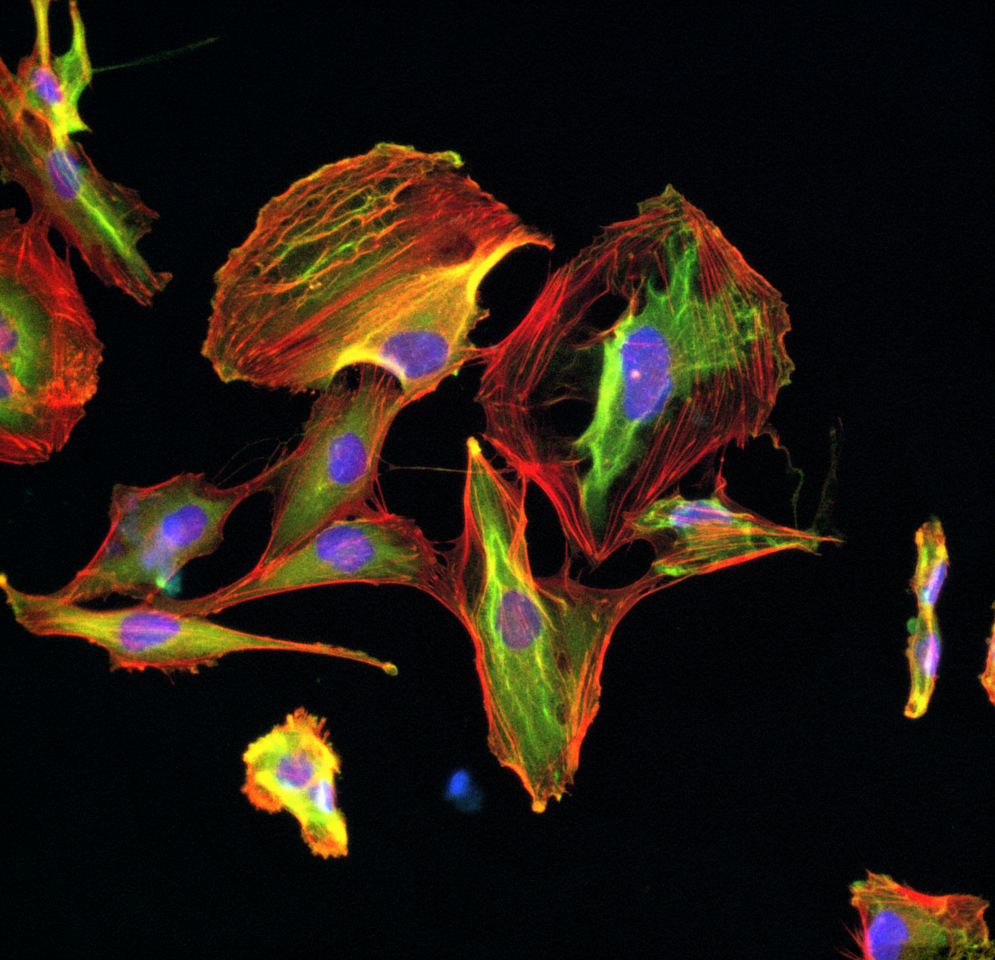 If cancer research needs an out-of-box thinking, why not an out-of-this-world approach? Our study aims at investigating the mechanobiological implication of simulated microgravity condition in brain cancer progression, through new easy-to-used 3D printed biological platforms.