What happens to the human body in space?

Human spaceflight has been fascinating man for centuries, representing the intangible need to explore the unknown, challenge new frontiers, advance technology and push scientific boundaries further. A key aspect of long-term human spaceflight is the physiological response and the consequent microgravity (0G) adaptation, which has all the features of accelerated aging involving almost every body system: muscle atrophy and bone loss, onset of balance and coordination problems, loss of functional capacity of the cardiovascular system. In particular, cardiovascular deconditioning (i.e., organism adaptation to a less demanding environment) is characterized by a fluid shift of about two liters from the legs to upper body, total blood volume reduction of around 11%, decrease in cardiac muscle mass of over 10%, and reduced exercise capability of up to 20% in the first 30 days.

Why is microgravity physiology important?

Understanding 0G configuration is crucial to prevent and mitigate disabling effects through targeted countermeasures, and thus ensure the full health and well-being of astronauts during spaceflight missions. A better comprehension of deconditioning mechanisms can answer open questions on re-adaptation for spaceflight beyond one year. It is currently unknown whether very lengthy missions lead to an amplification of reversible changes already known or the emergence of structural and irreversible alterations in cardiovascular function.

Since spaceflight deconditioning has features similar to accelerated aging, gravitational physiology may lead to useful insights to delay or prevent the modern lifestyle medical disorders related with living longer. In this regard, space science is an extraordinary investment multiplier (9:1 return on investment by way of spin-offs from space technology), thus understanding microgravity deconditioning can have impacts on other clinical conditions and on aging research on Earth.

What do we know so far?

Human spaceflight data have been measured for the last half century, starting from pioneering space missions back to the 1960's. Although the overall scenario of cardiovascular deconditioning is accepted, the extreme difficulty of performing clinical measurements, the unsystematic data collection on older missions, the limited number of human space missions, and the heterogeneity of the missions (in terms of reference baseline posture, crew, objectives, countermeasures, duration, etc.) make the details of cardiovascular responses controversial and restricted to a modest number of standard cardiac parameters. Moreover, ground-based analogs are not fully representative of microgravity as they introduce artificial pressure gradients, while parabolic flight only accounts for short-term effects.

Why and how do we use mathematical modeling?

The computational approach - which has already provided useful hints into aging and pathological conditions, where variables and processes are hard to measure - can be quite valuable to study the human body's response to 0G conditions. We use a validated mathematical model to study the cardiovascular response to long-term 0G spaceflight in comparison to the on-Earth supine condition. Cardiac work, oxygen consumption and contractility indexes, as well as central mean and pulse pressures were reduced, augmenting the cardiac deconditioning scenario. Exercise tolerance of a spaceflight traveler was found to be comparable to an untrained person with a sedentary lifestyle. At the capillary-venous level significant waveform alterations were observed which can modify the regular perfusion and average nutrient supply at the cellular level. Based on present findings, special attention should be paid to future long spaceflights which demand prompt physical capacity at the time of restoration of partial gravity (e.g., Moon/Mars landing). The present study provides computational-based insights into cardiovascular outcomes which are currently unexplored, also highlighting the potentiality of the modeling approach to investigate different scenarios and individuate optimal countermeasures.

We invite you to read the complete article "Cardiovascular deconditioning during long-term spaceflight through multiscale modeling", which can be found here: https://www.nature.com/articles/s41526-020-00117-5 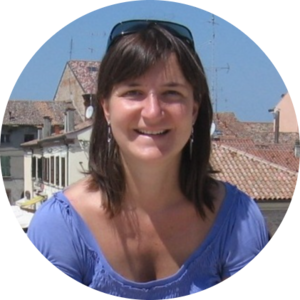 Jack J.W.A. van Loon
npj Microgravity Community
We use cookies to help improve your experience. By continuing to browse our website you are consenting to our use of cookies.
Learn more