Why did you conduct this investigation?  Almost 60 years ago, space exploration started, and human faced an environment for the first time. Astronauts and scientists were then experiencing the effects of microgravity on human health. Some changes, such as cephalic fluid shift occurs immediately upon entry into microgravity and do not significantly differ from short to long-duration missions. By contrast, musculoskeletal changes during longer missions are more pronounced, and their rate of return to baseline after spaceflight is prolonged. Bone loss in astronauts due to microgravity exposure was first observed in 1965 and has been recognized as a severe risk for long-term space missions since then. The adverse effects of microgravity on bone are especially clear upon returning to Earth, with a significantly higher risk for bone fracture.  Furthermore, mission critical activities such as the construction of habitats, repairs, extra-vehicular activities, and performance in bulkier extra-vehicular activity suits add additional risk. Likewise, future missions that require exploratory components on the surface of other planetary bodies after long-duration zero-gravity will add a mechanical load due to subsequent re-entry into a gravity environment (or partial gravity such as that of the Moon or Mars) which in turn increases fracture risk. Therefore, understanding the systemic response to fractures and their management in a microgravity environment is of critical importance in the preparation of long-duration spaceflight missions and Mars colonization.

What is the backstage of this investigation?  This investigation was unique in several aspects. Some of the authors had the amazing opportunity to watch the SpaceX launch from a VIP viewing area on the Kennedy Space Center campus, which was surely a lifetime experience. However, for this excitement countdown moment, NASA and SpaceX work on very tight schedules, and several conditions are required prior to a launch scenario. In the realm of rocket launches, not only can technical issues cause a delay, but Mother Nature comes into play, too. Therefore, the team also experienced some canceled launch attempts and learned the meaning of scrub day. Although the canceled launch originated a mix of frustration and anxiety, they would never surpass the countless emotion of watching a successful launch.

Why is this work important?  With longer duration space habitation or colonization of planets, it is likely that fractures will occur and will require treatment in spaceflight. Several drug therapies are dependent on bone mechanical loading to induce osteogenic responses, unavailable in space. We have recently identified that TPO may play a critical role in skeletal homeostasis independent of mechanical stimulation. Therefore, TPO has emerged as a promising strategy to improve fracture healing in the absence of gravity. Considering that the novel therapy has never been tested in space and may alter drug pharmacokinetics and pharmacodynamics, we designed this study to understand the systemic effects of TPO on the skeleton in spaceflight.  We examined the systemic effects of local TPO administration on several distal bones, at the limbs (humerus and tibia), torso (L4 vertebrae, 10th rib, and 3rd body of the sternum), and skull (calvaria, mandible, and incisor).

What’s next?  Although we identified that local treatment of TPO systemically improved bone properties in spaceflight, further studies should expand upon our investigations to better elucidate the effects of spaceflight when combined with additional interventions. 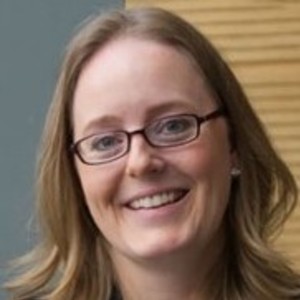 Director of Basic and Translational Research and Professor of Orthopaedic Surgery, Indiana University School of Medicine