To carry out microgravity material science experiments effectively on the ground

Compared with the expensive space microgravity experiment with rare opportunity and long period, the ground drop tube solidification experiment has many advantages, such as low cost, stable microgravity level, short period, easy to get and good reproducibility.

However, due to the short microgravity time, usually only a few seconds, when the conventional containerless droplet method is used, only some refractory alloys can finish solidification, while alloys with relative low melting point may still be in the process of supercooling and have not started solidification until falling to the bottom of drop tube.

Even for those alloys that can finish solidification, due to the overlap of effects of supercooling and microgravity, it is difficult to pick out the microgravity effect on solidification. That’s one of the main reasons why not too many studies have been carried out using drop tube although it has many advantages.

By using this new method, we have studied the microgravity effect in the solidification of single crystal superalloys, eutectic alloys, and composites etc, and obtained very good results. Recently, we studied the microstructure of TC8 titanium alloy solidified under microgravity and normal gravity. It was found that the average solidification velocity was faster than the buoyancy convection velocity and solute diffusion velocity in melt. In this case, we used to tend to think that the effect of gravity on solidification can be negligible. However, the microstructure observation result indicated that the microstructure solidified under microgravity and normal gravity were significantly different. There must be some factor induced by gravity at work. After further analysis, we drew a conclusion that it was the hydrostatic pressure caused by gravity that affected the solidification behavior of the alloy by affecting the heat dissipation of the melt. This result shows that the effect of hydrostatic pressure should not be ignored when analyzing the influence of gravity on the solidification structure of materials.

The complete article about this work can be found in the journal of npj Microgravity. 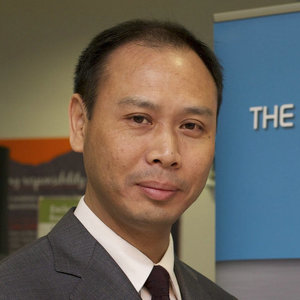