Today, the European Space Agency is celebrating the 10th anniversary of its Columbus laboratory on the ISS.
Ruth Milne
Past Springer Nature Staff Member, Springer Nature
Follow
Like

Weighing over 10,000kg, the Columbus module was launched aboard Space Shuttle Atlantis on 7th February 2008 from the Kennedy Space Centre, Florida. On 11th February it docked to the International Space Station and became the first permanent European research facility in space and the ESA’s biggest contribution to the ISS.

Columbus has now been in orbit for 10 years.

Columbus allows researchers to experiment with microgravity, not only to understand how space affects the human body but also to develop applications and prepare for future exploration. So far over 225 experiments have been conducted in the lab, achieving scientific discovery across many disciplines (astrophysics, materials science, physiology to name a few).

To mark this decade of research the ESA are gathering together the wider Columbus family of planners, buildings, scientists, support teams and astronauts to re-live important milestones and celebrate the past, present and future contributions of the Columbus module, including a live connection to the ISS.

The event will be live-streamed and will include a live connection to the ISS. Watch it here.

Two ESA astronauts, however, will be celebrating in slightly different style. Pedro Duque and Jean-Francois Clervoy will attend a zero gravity rave hosted in a modified Airbus A310 that the ESA normally use for microgravity training. The party flight will last 90 minutes and Pedro and Jean-Francois will be joined by 20 competitions winners and international DJs. The event is organised by Big City Beats, Germany and you can watch it live here.

Poster image: The newest addition to the International Space Station: the Columbus laboratory, photographed on 13th February 2008 by a crew member on the Space Shuttle Atlantis while docked with ISS. Image courtesy of NASA. 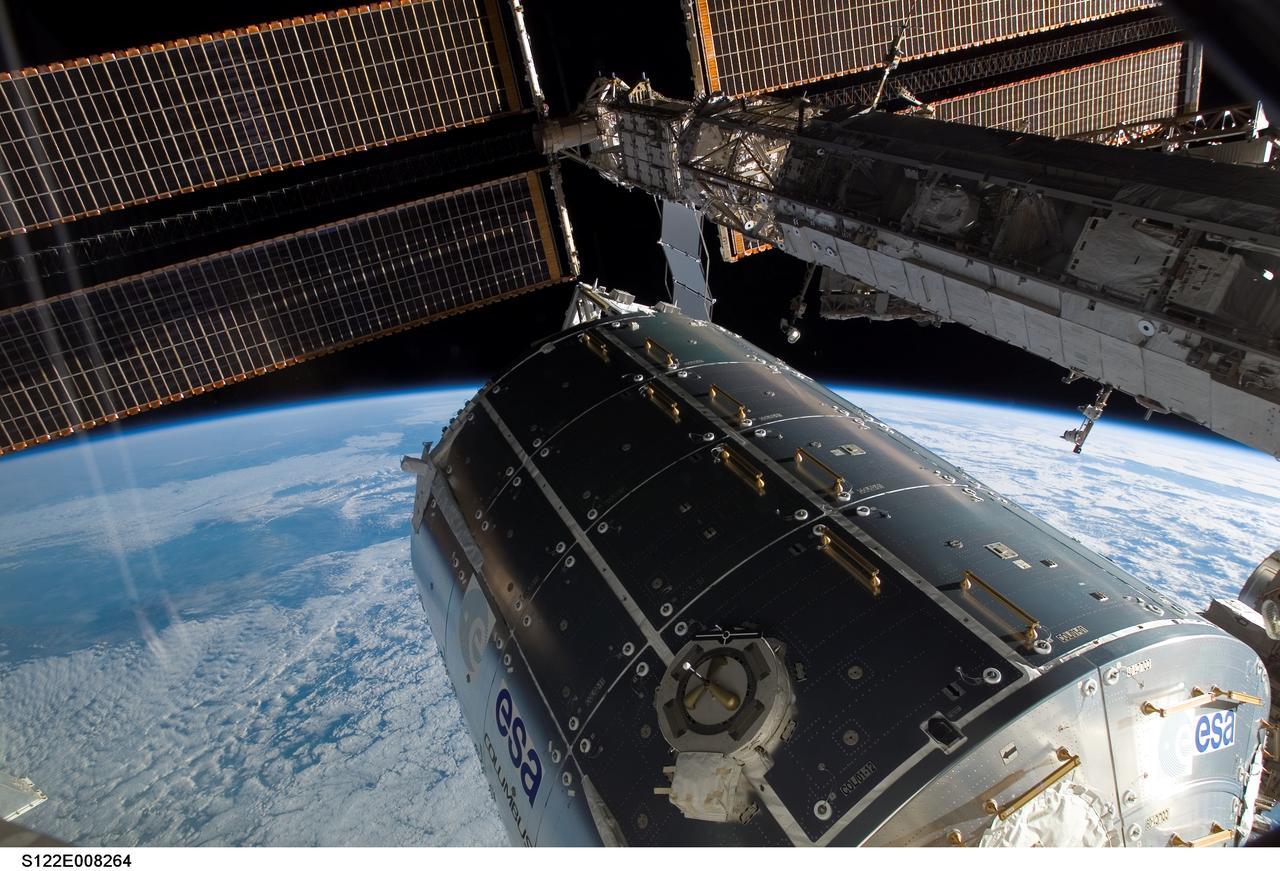 Today, the European Space Agency is celebrating the 10th anniversary of its Columbus laboratory on the ISS.