A community from npj Microgravity
Research

An increased risk of cardiovascular disease in Apollo astronauts

Astronauts from the Apollo missions have a greater risk of developing cardiovascular disease (CVD) than astronauts who have flown in low Earth orbit (LEO) missions or those who have never flown orbital missions, according to a study in Scientific Reports. The findings of this initial study may have implications for space flight beyond the Earth’s protective magnetosphere.

Astronauts from the Apollo missions have a greater risk of developing cardiovascular disease (CVD) than astronauts who have flown in low Earth orbit (LEO) missions or those who have never flown orbital missions, according to a study in Scientific Reports. The findings of this initial study may have implications for space flight beyond the Earth’s protective magnetosphere.

With the exception of the Apollo lunar missions, manned spaceflight has taken place exclusively in low Earth orbit where protection by the Earth’s geomagnetic field from space radiation is present. Under these conditions, it has been broadly assumed that missions in LEO or short missions to the Moon would not increase the long-term risk of CVD for astronauts.

To test a possible mechanistic basis for these findings, the authors conducted experiments using 44 male mice to determine the long-term effects of simulated weightlessness and space-relevant irradiation on the vascular system. Their results suggest that the effects on the vascular system are the result of radiation exposure and are not due to an interaction with weightlessness. The authors suggest that damage to the cells lining blood vessels induced by cosmic radiation could be a major contributor to the development of CVD in astronauts.

Read the article in full >>> 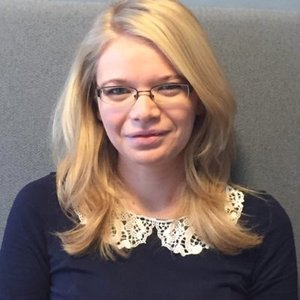 Ben Johnson
over 5 years ago
Really interesting article! This has implications for the health of those involved in deep space exploration, which is currently a main priority for NASA - including the planned mission to Mars by the 2030s: http://www.nasa.gov/topics/journeytomars/index.html