Menu
A community from npj Microgravity
Nature Research
About the Community

npj Microgravity attended ISSRDC in San Diego last week, where we recorded around 20 interviews for our community site

We always knew that there was a huge opportunity for an online community of researchers with an interest in microgravity. The International Space Station Research and Development Conference (ISSRDC) looked like the perfect venue to record some interviews to post regularly on the community. When Andrea Macaluso, Publisher of npj Microgravity, tweeted fellow Connecticut resident (and astronaut), Rick Mastracchio, inviting him to tell us about life on the space station - we were beyond delighted when he quickly agreed.

We were also extremely fortunate in our partner, NASA, who support npj Microgravity and provided every level of assistance we could hope for. Lori Meggs from NASA TV, an experienced interviewer and former TV anchor, conducted all of the interviews with two-time NASA videographer of the year, James Bilbrey. We provided the questions and she asked them – as well as her own follow ups. 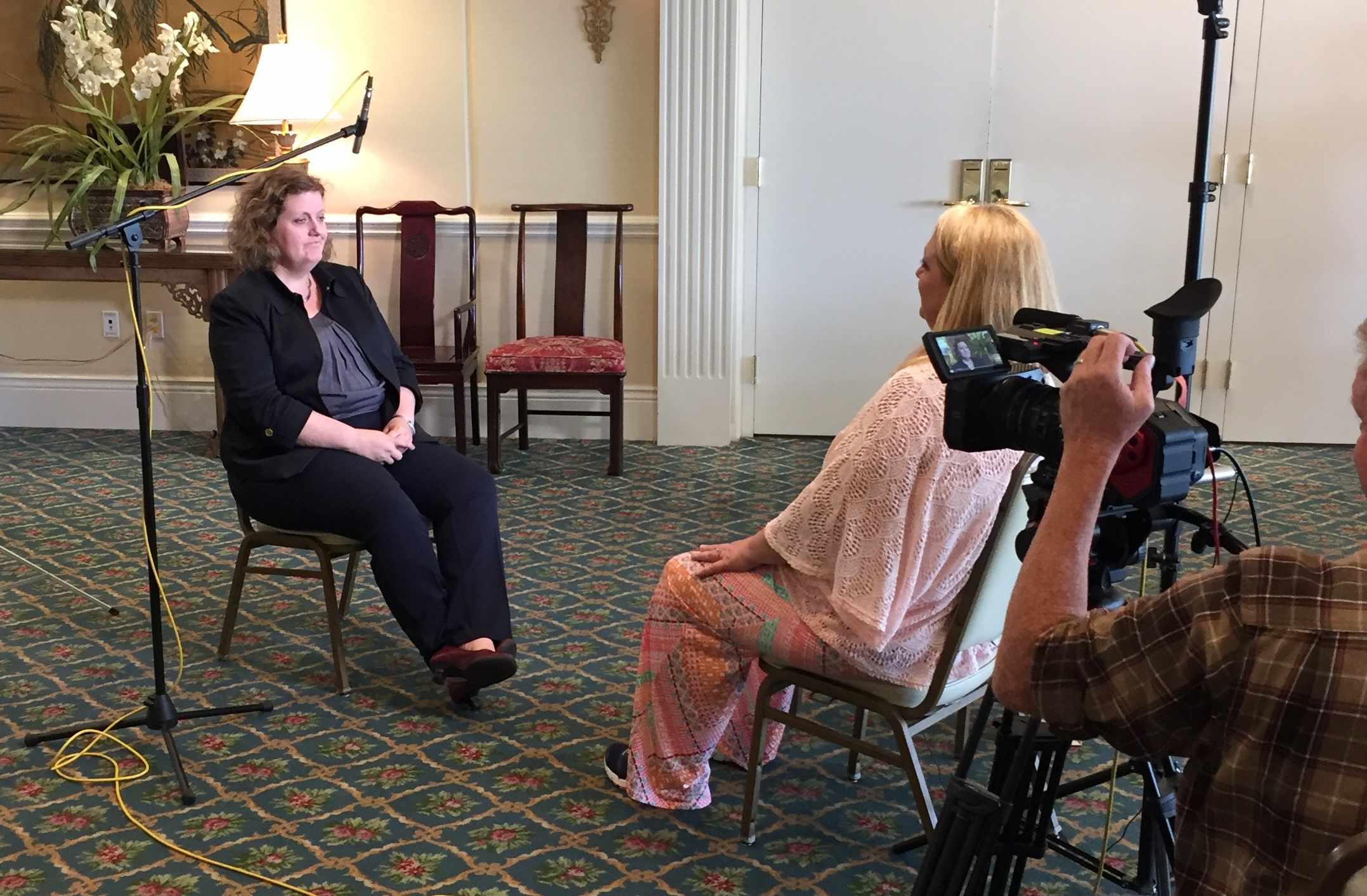 Julie Robinson, Chief Scientist for the International Space Station (ISS), shown above, gave a great overview of the National Laboratory in lower earth orbit, its purpose and the importance of the commercialisation of space research in order to make it sustainable and have the maximum benefit for humanity. Angel Otero, Chief of Space Operations at NASA HQ, explained the importance of open data in space flight research and Mike Skidmore told us how GeneLab is publishing all genomic data from the space station. Camille Alleyn told us about her journey from Trinidad and Tobago to rocket scientist at NASA – and her current work on programmes to engage more women and minority students in STEM. Tetsuya Sakashita explained the mission of the Japanese Aerospace Exploration Agency (JAXA) and their experiments in crystallisation, mice research and aquatic biology that take place aboard Kibo, the Japanese module on ISS - and many more.

Our highlight was undoubtedly speaking to astronaut Rick Mastracchio, shown at the top, who has flown on four missions including helping to build the space station. He told us about his diverse experiments in microgravity conditions aboard ISS, including on ants, combustion and capillary flow. His background as a space flight engineer informed his experience in space and he still works at NASA in ground control operations.

Rick also kindly agreed to be our Resident Astronaut for npj Microgravity Community and will soon be answering questions from you, our community, to raise awareness of the research conducted on ISS.

I'm at the end of my third week as Head of Communities & Engagement at Nature Research (having travelled down the road from open access publisher, BioMed Central) and I am inspired by the potential for our growing number of community sites to engage with researchers, experts in other fields and with the general public – who fund most of this research.

Stay tuned for the first interviews from ISSRDC, which we hope to post soon!

What would you like to see from the npj Microgravity Community?

Back to About the Community
Next

How to create your profile

I gained my first degree in virology from the University of Warwick and a PhD in influenza virus immune evasion from Public Health England and the University of Reading, UK. My research interests then moved on to smallpox vaccines, viral ion channels, and cell adhesion, while a postdoc at Imperial College London. I joined open access publisher BioMed Central in 2011 as an Acquisitions Editor and then Associate Publisher, and was responsible for launching new journals, including Microbiome, Zoological Letters, and Movement Ecology. I have been Head of Communities & Engagement at Springer Nature since 2016, running our online community blogs, and a Consulting Editor at Nature Medicine since June 2020, handling COVID-19 papers. I am based in our London office.
Follow

Exciting news: You can now add co-authors to community posts!
Nature Research
About the Community

Exciting news: You can now add co-authors to community posts!

Ruth Milne
Scheduling is here!
Nature Research
About the Community

Jeanette Romero
npj Microgravity Community
We use cookies to help improve your experience. By continuing to browse our website you are consenting to our use of cookies.
Learn more