Behind the Paper -Towards human exploration of space

Discover the story behind our paper, "Towards human exploration of space: the THESEUS review series on neurophysiology research priorities", which was published in npj Microgravity

Our review entitled "Towards human exploration of space: the THESEUS review series on neurophysiology research priorities" was published in the journal npj Microgravity. The Nature Research team had a few questions for us about our article, which we have answered below.

Why did you think a review in this space was necessary?

When preparing for human space exploration in the solar system, past space missions in Earth orbit have demonstrated that human beings can survive and work in space for long durations. However, there are pending technological, medical and psychological issues to be solved before adventuring in longer duration space missions (protection against ionising radiation, psychological issues, behaviour and performance, prevention of bone loss). Solving these issues will need scientific and technological breakthroughs of interest for clinical and industrial applications and also allow identifying the relevance of these questions to health applications on Earth.

Despite many existing European Space Agency (ESA) or National Aeronautics and Space Administration (NASA) studies, up to now Europe did not have a roadmap approved by the European scientific communities. The THESEUS coordination action filled this gap and developed an integrated life sciences research roadmap enabling European human space exploration in synergy with the ESA strategy, taking advantage of the expertise available in Europe and identifying the potential of non-space applications and dual research and development.

More than 120 experts took part in this action funded under FP7. The main goal was to provide recommendation as to what are the most relevant priorities to address in terms of scientific research in order to enable, e.g. travel to the Moon or Mars. Along that path, a lot of scientific literature had to be considered. The consortium decided to publish a series of thematic reviews, which, in a way, was the hidden part of the iceberg, therefore serving the scientific community with timely and up-to-date information.

What did your review reveal?

The human nervous system has evolved to respond to gravitational cues. On Earth, the presence of gravity-mediated inputs from an ensemble of somatic receptors sensitive to force and acceleration generate a gravitational reference frame from which spatial orientation is deduced and movements can be planned and executed. This fundamental reference signal is disrupted by spaceflight and cause transient disruptions in performance until the central integration functions can adapt to the altered reference stimuli. Crew health, safety, performance, and, eventually, mission success, can only be assured after effective countermeasures are developed to optimise the adaptation to new gravito-inertial environments. However, such countermeasures cannot be developed without understanding the fundamental mechanisms underlying the adaptive processes involved. Only space flight studies can examine the nervous system responses to reduced gravity. Our review conclude that a series of basic and operational scientific experiments into the neurophysiological responses to space flight are required to enable the next steps in human exploration of space. Among these, we identified the following key issues:

What is the bigger picture here, in the context of space research?

The THESEUS project considered not only neurophysiology but also a wide range of dimensions, all relevant to long space missions (life recycling system, radiation, etc). We strived, during the life time of this exercise, to foster true interactions between disciplines. That is, scientists with different background could exchange and realize they actually tackle very similar problems.

The overarching conclusion of this work is that we must work together. These words can be translated into real recommendations. Considering separate systems (cardiovascular, bone and muscle functions, nutrition etc) is a too simplistic approach. The figure below illustrates the fact we may miss important interactions between apparently disconnected systems. Consequently, the output of each of these systems is a function of the input to all systems that are interconnected (red arrows). A holistic approach is absolutely necessary. 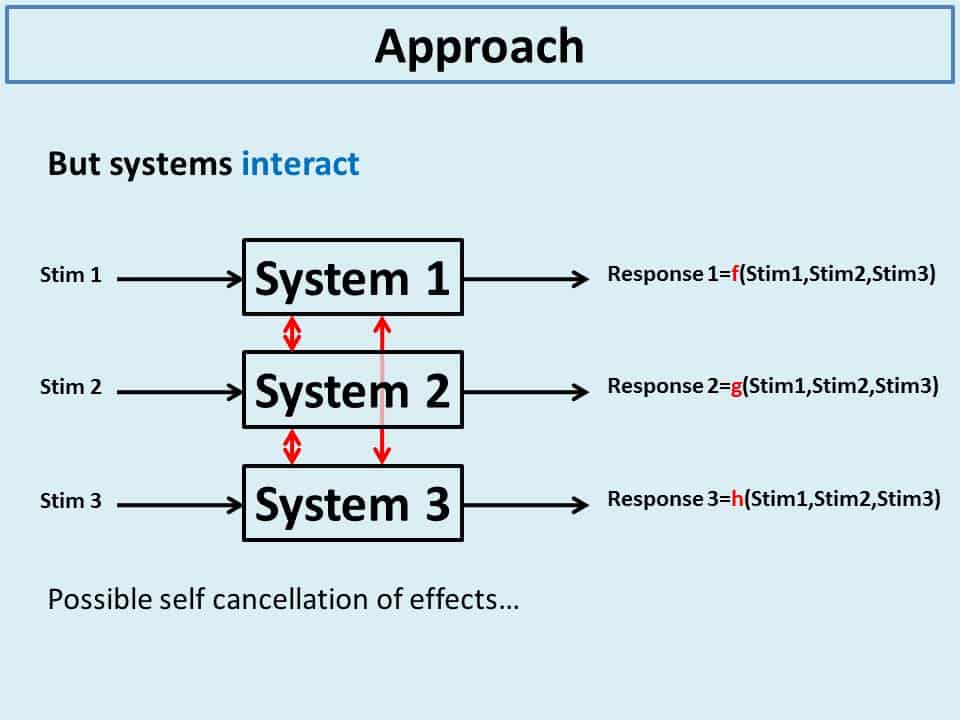 Second, scientists having that common endeavour should share resources at two levels. While there are already several shared experimental platforms such as the International Space Station (for microgravity), more tools are needed. The best countermeasure is to provide artificial gravity where there is none. Since several years, scientists put forward the need of a large centrifuge that could offer the same conditions as the ISS, but for hypergravity. If bone mass decreases, toxicity increases immunity decreases etc in hypogravity, can’t it be the opposite in hypergravity? Can’t this even be a tool to fight against osteoporosis and ageing on Earth? This project already materialized on paper as the Human Hypergravity Habitat, H3, a large, ground-based, rotating platform which could house human subjects for periods of weeks to months while exposing them 24/7 to higher than normal gravity levels. Finally, while many experiments were already conducted on astronauts, data remain largely unavailable for ethical and political reasons.

Read the review in full

Behind the Paper - Biological sampling: Pipetting in microgravity

Behind the Paper: Effects of spaceflight detected in blood 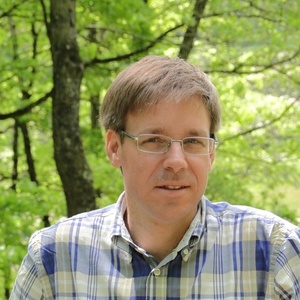 Spaceflight Associated Neuro-ocular Syndrome (SANS) and the neuro-ophthalmologic effects of microgravity: A review and an update
Contributor , npj Microgravity
Behind the Paper

Markus Mohr
npj Microgravity Community
We use cookies to help improve your experience. By continuing to browse our website you are consenting to our use of cookies.
Learn more